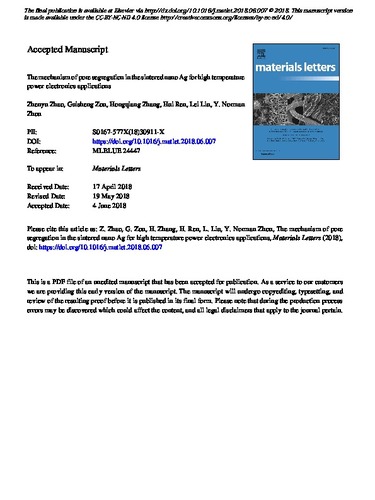 It is widely accepted that nano pores of sintered nanoparticles can coalesce into micro pores during high temperature service. When applying sintered nanoparticles in power electronics, the pore segregation and delamination seriously degrade the bond strength and thermal conductivity, but the reason is still not well understood. In this paper, both finite element analysis and experimental results confirmed that thermal stress is the main driving force for this phenomenon, which was not considered in the previous study. The effect of pore segregation on performance and reliability of power devices is also discussed.