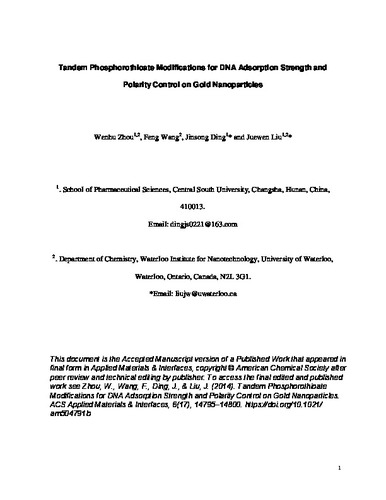 Unmodified DNA was recently used to functionalize gold nanoparticles via DNA base adsorption. Compared to thiolated DNA, however, the application of unmodified DNA is limited by the lack of sequence generality, adsorption polarity control and poor adsorption stability. We report that these problems can be solved using phosphorothioate (PS) DNA. PS DNA binds to gold mainly via the sulfur atom and is thus less sequence dependent. The adsorption affinity is ranked to be thiol > PS > adenine > thymine. Tandem PS improves adsorption strength, allows tunable DNA density, and the resulting conjugates are functional at a low cost.