In Defense of Moral Responsibility Skepticism 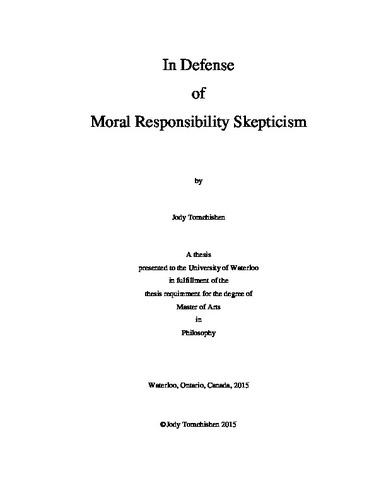