Numerical Modeling of Multiphase Flows with Applications to the Automotive Industry 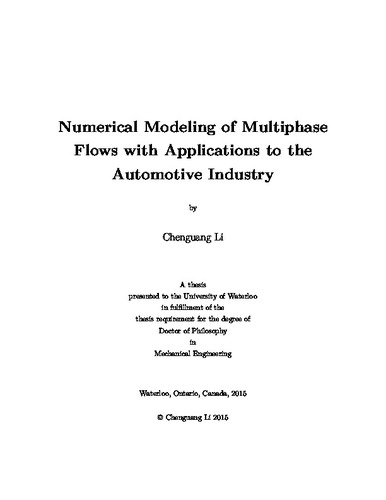