Experimental and numerical investigation of three equispaced cylinders in cross-flow 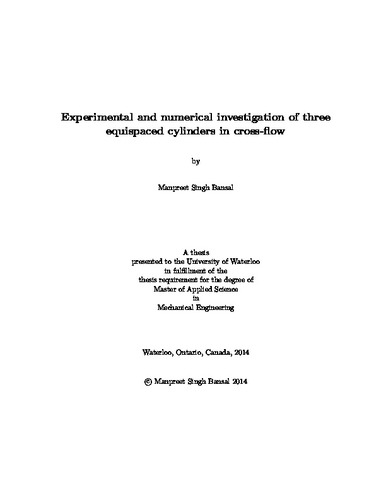