Exploring the Association between Proximity to Industrial Wind Turbines and Self-Reported Health Outcomes in Ontario, Canada 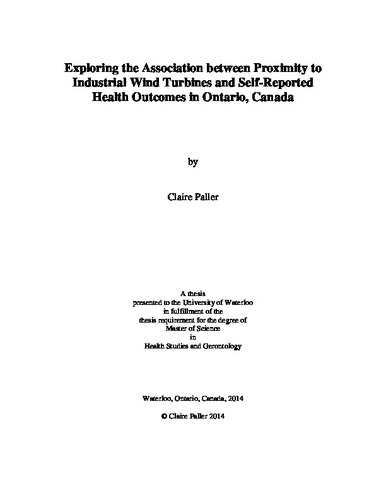