Logic In Context: An essay on the contextual foundations of logical pluralism 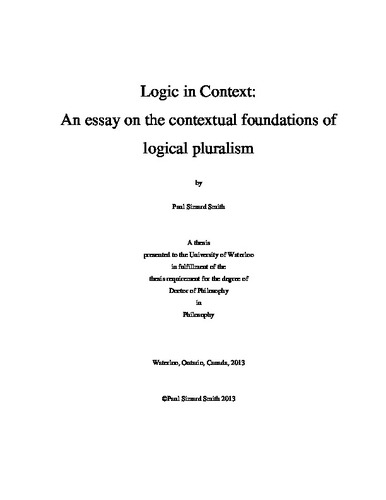