Contributions to the model theory of partial differential fields 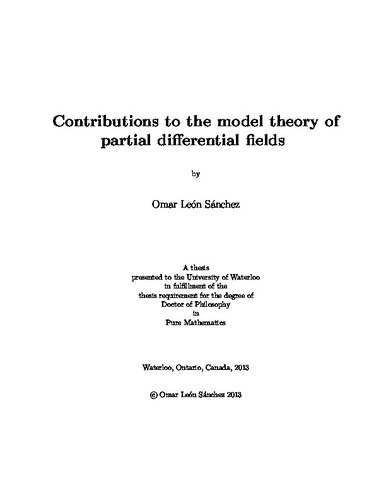