Tax Aggressiveness and Shareholder Wealth: Evidence from Mergers and Acquisitions 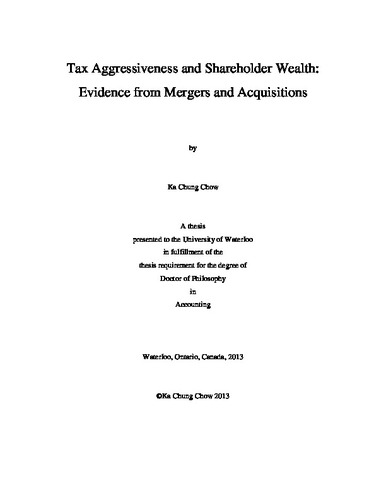