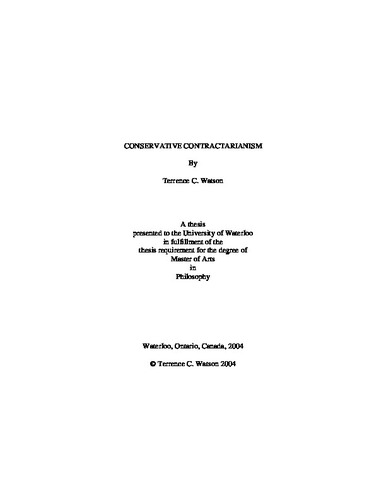 Moral contractarianism, as demonstrated in the work of David Gauthier, is an attempt to derive moral principles from the non-moral premises of rational choice. However, this contractarian enterprise runs aground because it is unable to show that agents would commit to norms in a fairly realistic world where knowledge is limited in space and time, where random shocks are likely, and where agents can be arbitrarily differentiated from one another. In a world like this, agents will find that the most "rational" strategy is to behave "non-rationally," imitating the behavior of others in their vicinity and preserving a limited sort of ignorance.