An Inquiry into Mental Variation 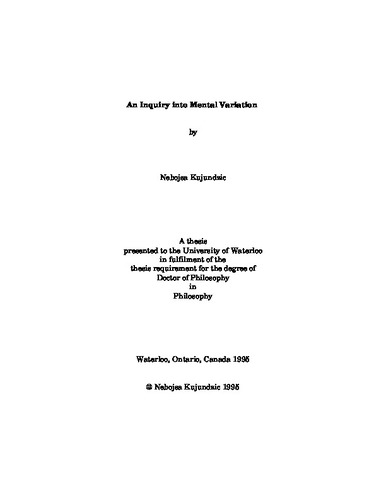 Although there are both common and specialised senses of the term variation, (the OED lists dozens) there seems to be no well defined use of this term in philosophy. The main task of my thesis is to demonstrate that variation can be defined as a cognitive technique. I suggest that variation has been frequently used by philosophers, although not always in an overt manner. Moreover, I attempt to show that it is reasonable to talk about the relative importance of variation by examining the role of variation in Locke's Essay, Husserl's and Reinach's phenomenology, cognitive science, and thought experiments.