Transparency in Federal Policy-Making: the Case of Biotechnology in Animals Intended for Human Consumption 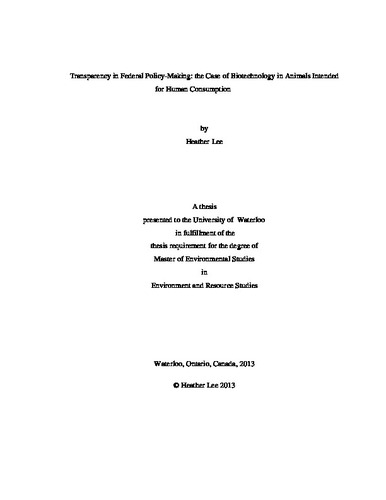