Great Expectations: The Role of Implicit Current Intentions on Predictions of Future Behaviour 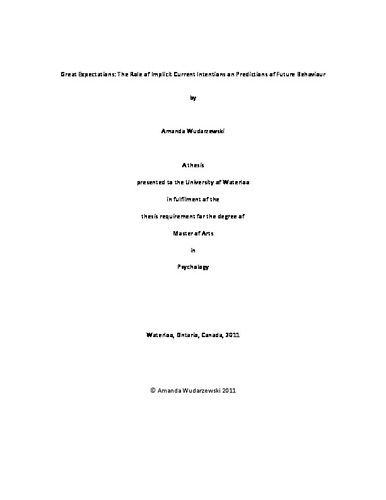 I present behavioural data contributing to existing research that (implicit) self-predictions are overly reliant on current intentions at the time of the decision (Koehler & Poon, 2006). Results are consistent with previous findings that self-predictions are often insensitive to translatability cues and overly influenced by desirability cues. We show that although participants typically benefit from a reminder, it is undervalued at the time of the decision (Experiment 1 & 3a) as participants are not willing to pay for a reminder service, unless it is offered free of charge (Experiment 2). Our findings also show that participants fail to incorporate temporal delay sufficiently in their opt-in decisions, even though temporal delay was found to be a significant predictor return behaviour (Experiments 1, 2 & 3b). Instead, decisions were found to be highly influenced by desirability factors (Experiments 1 & 2) which were not significant predictors of task completion. Finally, using a construal manipulation intended to induce participants to think about the decision options in either a concrete or abstract way influenced decisions (Experiment 3a), and subsequently influenced how much participants benefitted from the reminder in task completion (Experiment 3b).