Does a history of migraines increase the risk of late-life cognitive health outcomes? 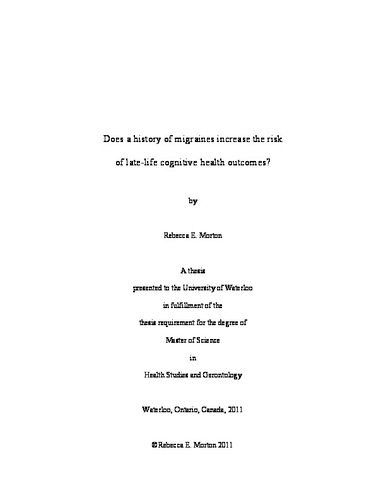