Does Apolipoprotein E modify the association of cerebral infarcts with Alzheimer's disease? 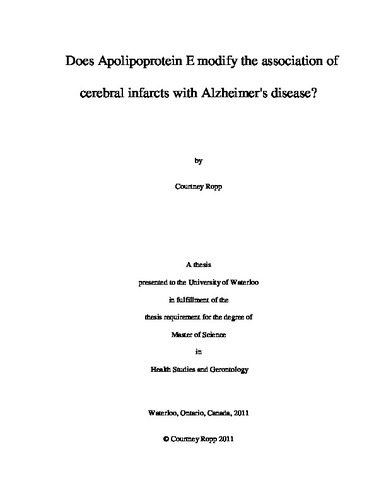