On the Representation Theory of Semisimple Lie Groups 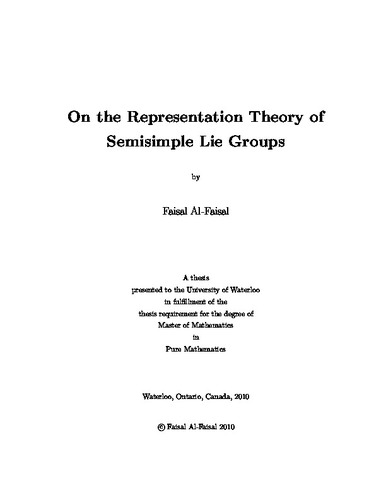 This thesis is an expository account of three central theorems in the representation theory of semisimple Lie groups, namely the theorems of Borel-Weil-Bott, Casselman-Osborne and Kostant. The first of these realizes all the irreducible holomorphic representations of a complex semisimple Lie group G in the cohomology of certain sheaves of equivariant line bundles over the flag variety of G. The latter two theorems describe the Lie algebra cohomology of a maximal nilpotent subalgebra of Lie(G) with coefficients in an irreducible Lie(G)-module. Applications to geometry and representation theory are given. Also included is a brief overview of Schmid's far-reaching generalization of the Borel--Weil--Bott theorem to the setting of unitary representations of real semisimple Lie groups on (possibly infinite-dimensional) Hilbert spaces.