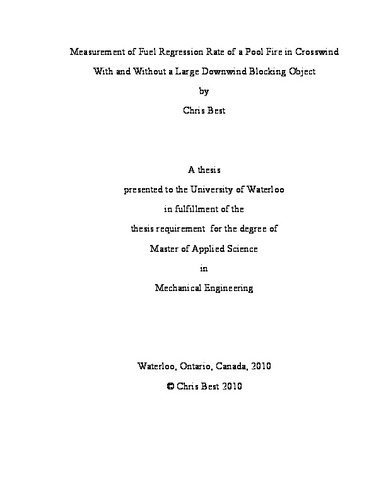 Chris Best (2010). Measurement of Fuel Regression Rate of a Pool Fire in Crosswind With and Without a Large Downwind Blocking Object. UWSpace. http://hdl.handle.net/10012/5232