Design, Prototyping, and Testing of an In-Wheel Suspension System 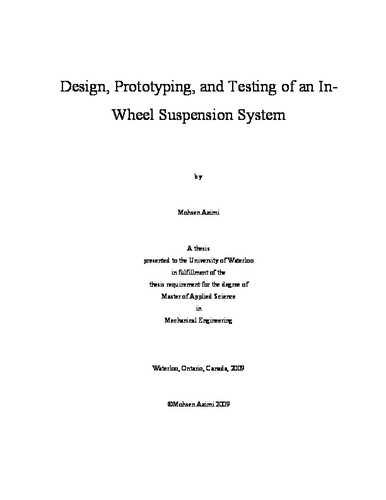