Analysis and Modeling of Uncooled Microbolometers with Tunable Thermal Conductance 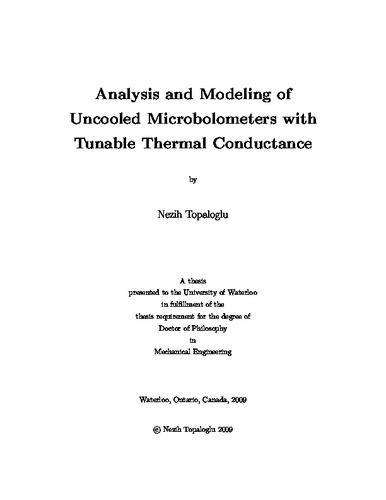