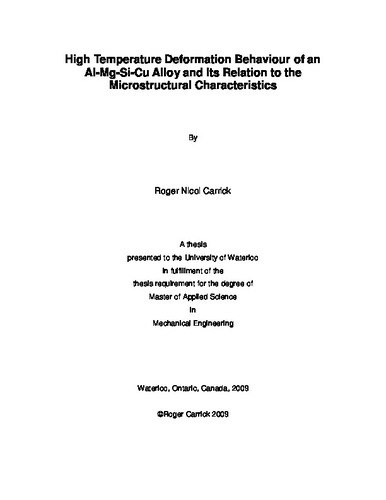 Roger Nicol Carrick (2009). High Temperature Deformation Behaviour of an Al-Mg-Si-Cu Alloy and Its Relation to the Microstructural Characteristics. UWSpace. http://hdl.handle.net/10012/4324