The Development of a Research Technique for Low Speed Aeroacoustics 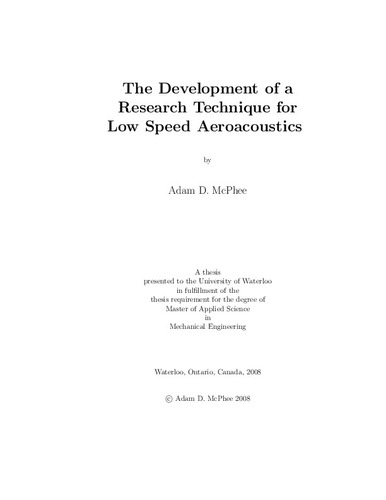