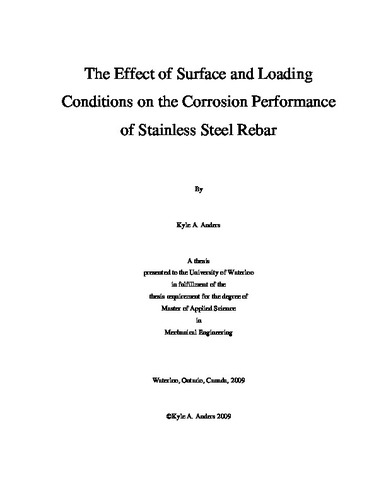 Kyle Anders (2009). The Effect of Surface and Loading Conditions on the Corrosion Performance of Stainless Steel Rebar. UWSpace. http://hdl.handle.net/10012/4231