Judgment and Forgiveness: Restorative Justice Practice and the Recovery of Theological Memory 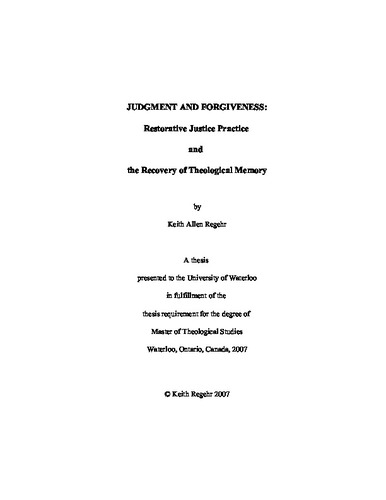