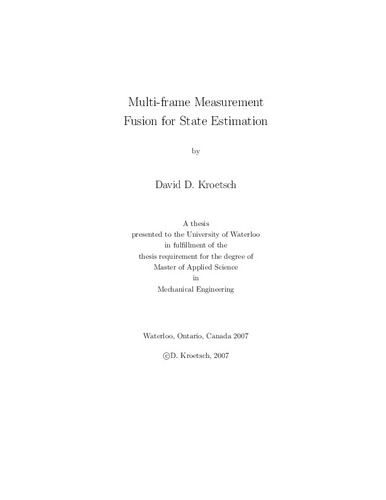 Simultaneous Localization and Mapping (SLAM) is a technique used by robots and autonomous vehicles to build up a map while operating in an unknown environment, while at the same time keeping track of a current position estimate. This process is not as straightforward as it may sound. Due to inherent uncertainties in tracking the robot's motion and observing the world around it, errors accumulate. Incorporating External Localization (EL) sensors, such as Global Positioning System (GPS) receivers, which are not subject to the same type of drift over time, can allow a system to eliminate errors from the SLAM process. This, however, requires the system to work with measurements from both the SLAM and EL coordinate frames. Since the SLAM coordinate origin is dependent upon the vehicle's starting location, which is unknown, the relationship between it and the EL frame is unknown and must be estimated. The main contributions of this thesis arise from a novel approach to integrating EL with SLAM, by estimating a transformation between the SLAM and external reference frames. The Constrained Relative Submap Filter (CRSF) SLAM is a computationally efficient SLAM lter operates on a series of local submaps, instead of one large map, as with Extended Kalman Filter (EKF) SLAM. By integrating the transformation estimation process with CRSF SLAM, a method to correct submap locations with EL is presented. This eliminates long term estimation drift, aids in loop closing and allows for accurate map generation with a reference to an external frame.