A Defense of Semantic Conventionalism 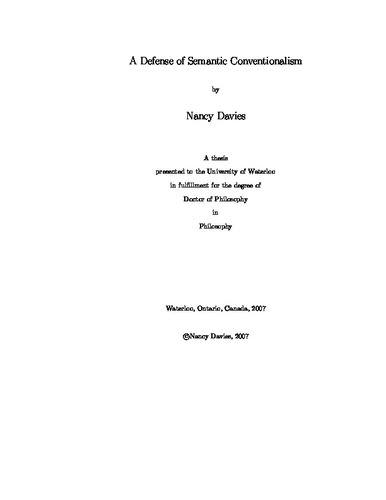