A Device for Measuring Groundwater Velocity in the Capillary Fringe 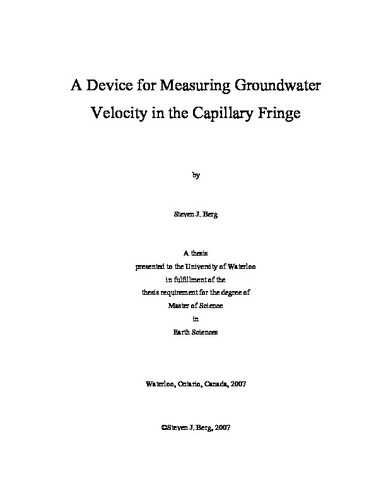