Tools for Modelling and Identiﬁcation with Bond Graphs and Genetic Programming 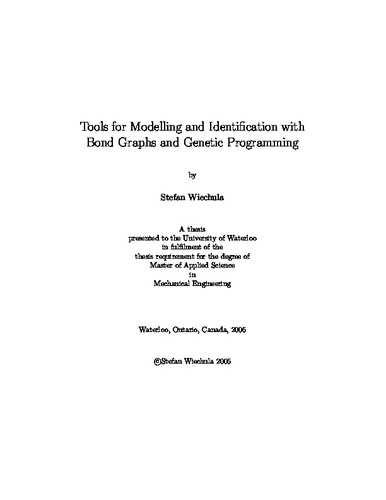