The Philosophy of Bioinformatics 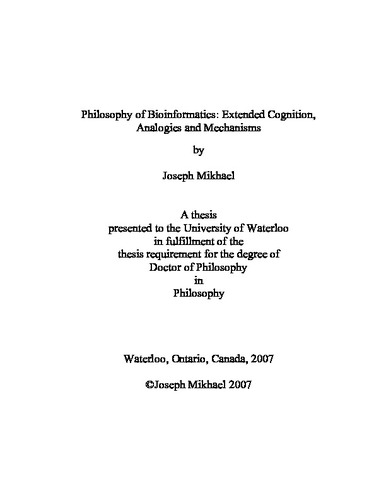