Merleau-Ponty and the Preconceptions of Objective Thinking 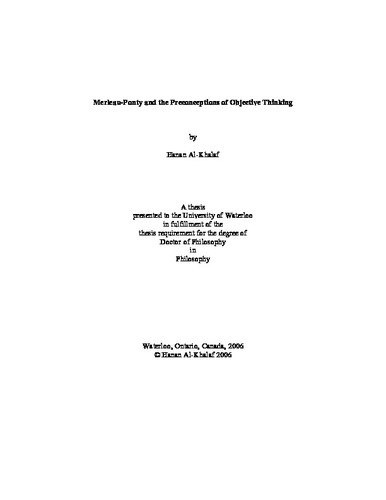