The Edmonds-Giles Conjecture and its Relaxations 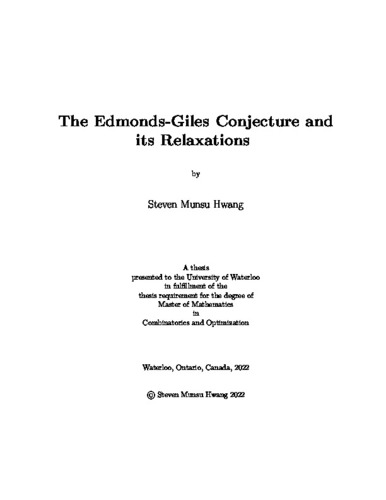