Beyond Considering Surrogates’ Reports at ‘Face Value’: Theorizing and Contextualizing the Autonomy-Related Threats of Surrogacy Arrangements 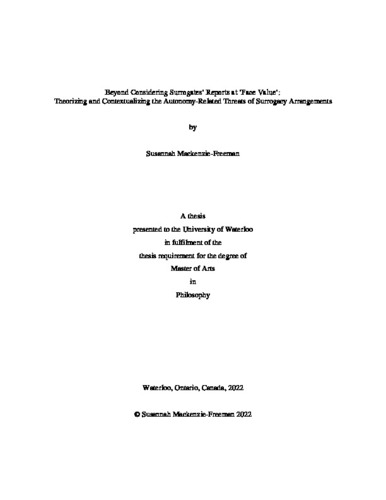