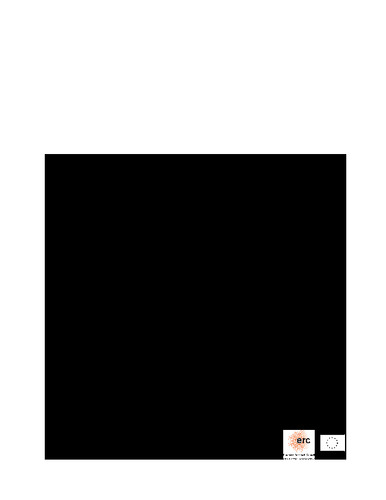 Let T be a tree such that all its vertices of degree more than two lie on one path; that is, T is a caterpillar subdivision. We prove that there exists ε > 0 such that for every graph G with |V(G)| ≥ 2 not containing T as an induced subgraph, either some vertex has at least ε|V(G)| neighbours, or there are two disjoint sets of vertices A, B, both of cardinality at least ε|V(G)|, where there is no edge joining A and B. A consequence is: for every caterpillar subdivision T, there exists c > 0 such that for every graph G containing neither of T and its complement as an induced subgraph, G has a clique or stable set with at least |V(G)| c vertices. This extends a theorem of Bousquet, Lagoutte and Thomassé [1], who proved the same when T is a path, and a recent theorem of Choromanski, Falik, Liebenau, Patel and Pilipczuk [2], who proved it when T is a “hook”.