Drivers and Implications for Water Governance: A case study of the western Lake Erie basin 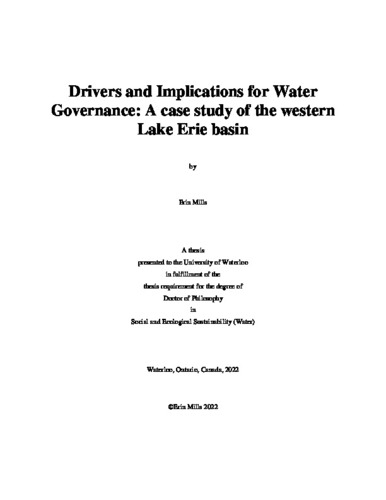