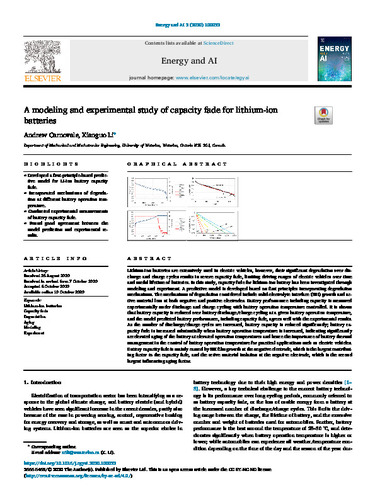 A modeling and experimental study of capacity fade for lithium-ion batteries.pdf (2.083Mb)