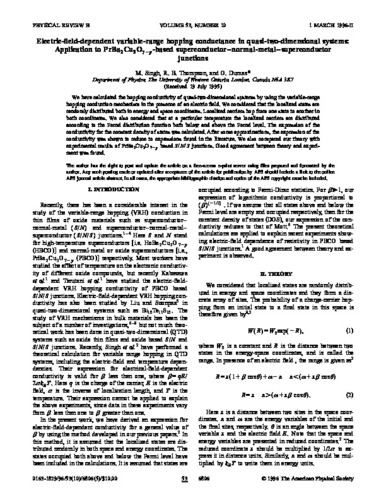 We have calculated the hopping conductivity of quasi-two-dimensional systems by using the variable-range hopping conduction mechanism in the presence of an electric field. We considered that the localized states are randomly distributed both in energy and space coordinates. Localized carriers hop from one state to another in both coordinates. We also considered that at a particular temperature the localized carriers are distributed according to the Fermi distribution function both below and above the Fermi level. The expression of the conductivity for the constant density of states was calculated. After some approximations, the expression of the conductivity was shown to reduce to expressions found in the literature. We also compared our theory with experimental results of PrBa2Cu3O7-y based S/N/S junctions. Good agreement between theory and experiment was found.