Mother-Child Communication: The Influence of ADHD Symptomatology and Executive Functioning on Paralinguistic Style 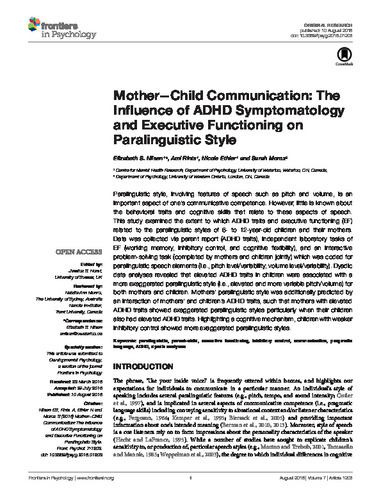