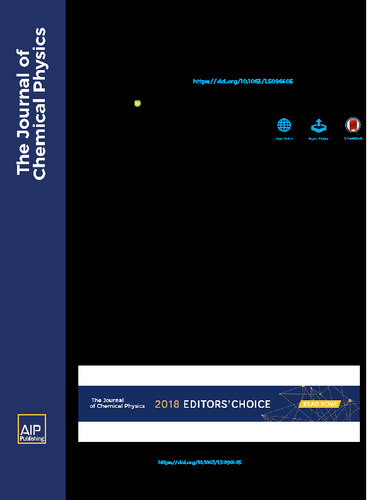 Polymer self-consistent field theory techniques are used to derive quantum density functional theory without the use of the theorems of density functional theory. Instead, a free energy is obtained from a partition function that is constructed directly from a Hamiltonian so that the results are, in principle, valid at finite temperatures. The main governing equations are found to be a set of modified diffusion equations, and the set of self-consistent equations are essentially identical to those of a ring polymer system. The equations are shown to be equivalent to Kohn-Sham density functional theory and to reduce to classical density functional theory, each under appropriate conditions. The obtained noninteracting kinetic energy functional is, in principle, exact but suffers from the usual orbital-free approximation of the Pauli exclusion principle in addition to the exchange-correlation approximation. The equations are solved using the spectral method of polymer self-consistent field theory, which allows the set of modified diffusion equations to be evaluated for the same computational cost as solving a single diffusion equation. A simple exchange-correlation functional is chosen, together with a shell-structure-based Pauli potential, in order to compare the ensemble average electron densities of several isolated atom systems to known literature results. The agreement is excellent, justifying the alternative formalism and numerical method. Some speculation is provided on considering the timelike parameter in the diffusion equations, which is related to temperature, as having dimensional significance, and thus picturing pointlike quantum particles instead as nonlocal, polymerlike, threads in a higher dimensional thermal-space. A consideration of the double-slit experiment from this point of view is speculated to provide results equivalent to the Copenhagen interpretation. Thus, the present formalism may be considered as a type of “pilot-wave,” realist, perspective on density functional theory.