Investigating Food Waste Diversion and Compost Use in Urban Agriculture for Soil Management in Mwanza, Tanzania 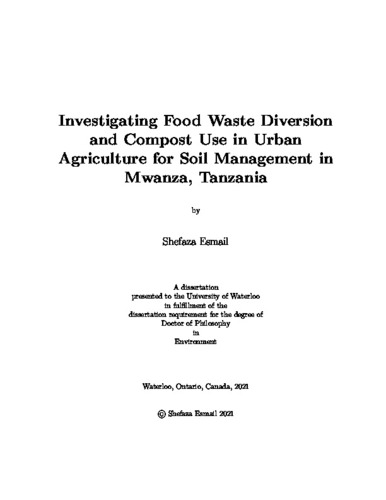