Retinal Structure and Function in Typical Children and Young Adults 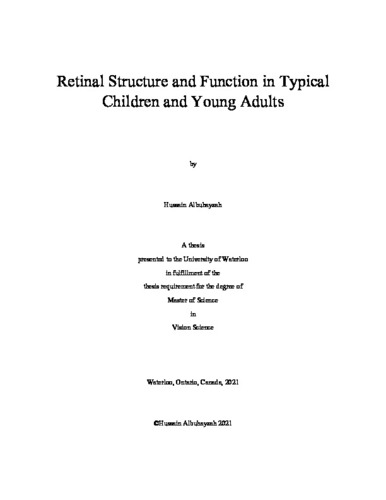