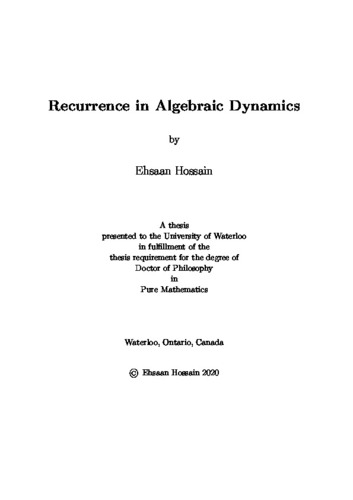 The Dynamical Mordell--Lang Conjecture states that if a polynomial orbit has infinite intersection with a closed set in an algebraic variety, then the intersection must occur periodically. Although this problem is unsolved in general, a "weak" version of Bell--Ghioca--Tucker obtains the periodicity in the case when the orbit intersection has positive density. The thesis regards a circle of problems exhibiting a Bell--Ghioca--Tucker-type phenomenon in group theory and number theory. In Chapter 1, we explain how the BGT Theorem is essentially a noetherian version of the classic Poincare Recurrence Theorem from ergodic theory; in addition to a generalization of the BGT Theorem to amenable semigroups, we prove a combinatorial analog involving idempotent ultrafilters for any semigroup. In Chapter 2, we prove a version of the BGT Theorem for an automorphism of a polycyclic-by-finite groups, which embellishes the point that noetherian objects obey a Dynamical Mordell--Lang principle. In Chapter 3, in joint work with Bell and Chen, we study the sequence of complex numbers obtained by evaluating a rational function along an orbit; examining the intersection of this sequence with a finitely generated group of units, we again obtain a BGT-type result for such dynamical sequences, and recovering classic theorems of Methfessel, Polya, and Bezivin.