The longitudinal impact of diet, physical activity, sleep, and screen time on Canadian adolescents' academic achievement: An analysis from the COMPASS study 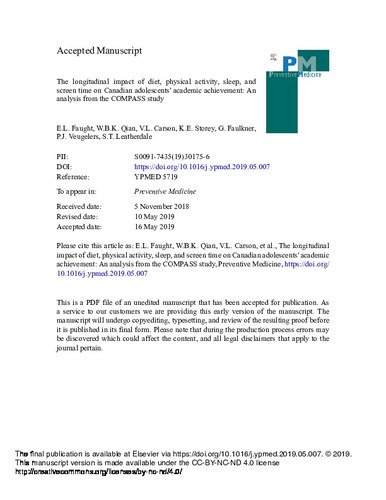