Electrokinetic phenomena of electrically induced Janus droplets and their applications 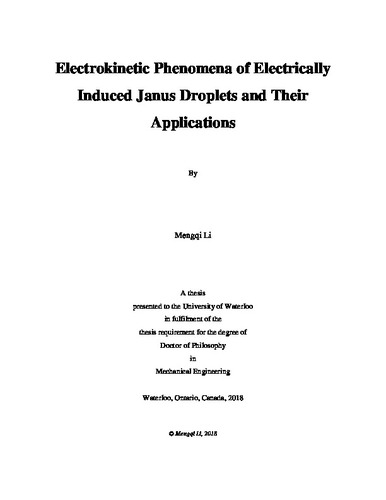