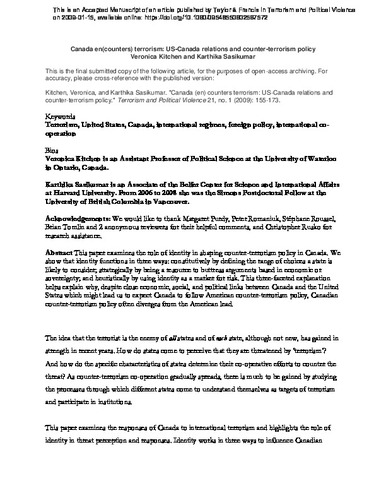 This paper examines the role of identity in shaping counter-terrorism policy in Canada. We show that identity functions in three ways: constitutively by defining the range of choices a state is likely to consider; strategically by being a resource to buttress arguments based in economic or sovereignty interests; and heuristically by using identity as a marker for risk. This three-faceted explanation helps explain why, despite close economic, social, and political links between Canada and the United States which might lead us to expect Canada to follow American counter-terrorism policy, Canadian counter-terrorism policy often diverges from the American lead.