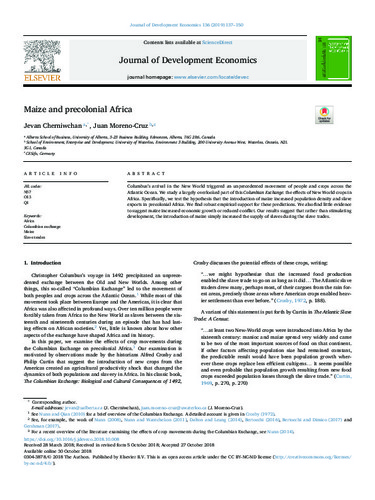 Columbus's arrival in the New World triggered an unprecedented movement of people and crops across the Atlantic Ocean. We study a largely overlooked part of this Columbian Exchange: the effects of New World crops in Africa. Specifically, we test the hypothesis that the introduction of maize increased population density and slave exports in precolonial Africa. We find robust empirical support for these predictions. We also find little evidence to suggest maize increased economic growth or reduced conflict. Our results suggest that rather than stimulating development, the introduction of maize simply increased the supply of slaves during the slave trades.