Coevolution Of Risk Perception, Sexual Behaviour, And Hiv Transmission In An Agent-Based Model 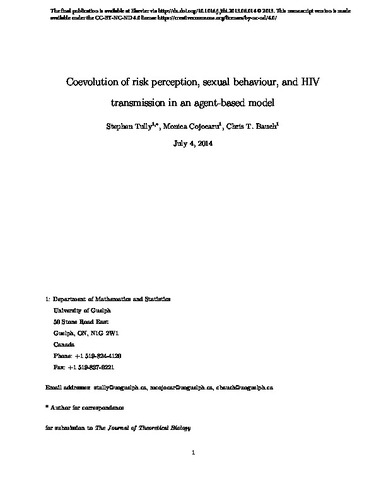