Path analysis of warning label effects on negative emotions and quit attempts: A longitudinal study of smokers in Australia, Canada, Mexico, and the US 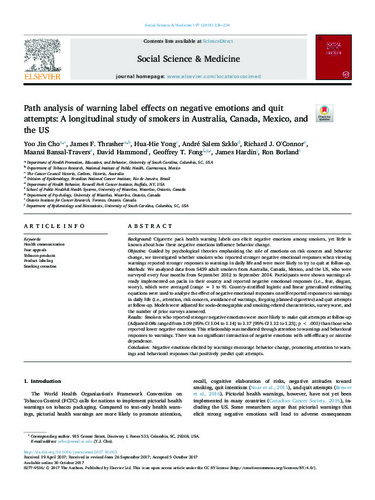