Strategic Interactions in Antiviral Drug Use During an Influenza Pandemic 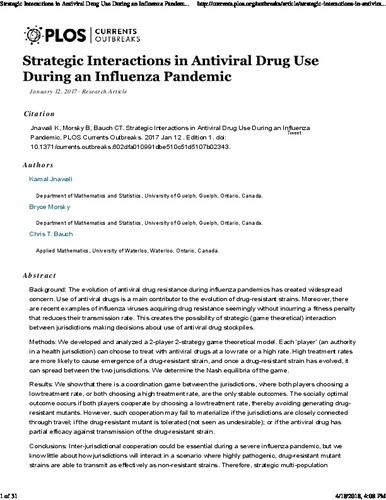