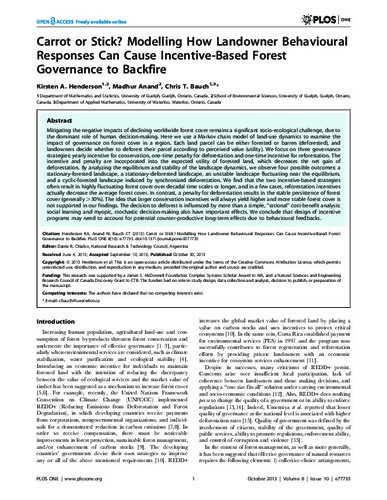 The invasion of nonnative, wood-boring insects such as the Asian longhorned beetle (A. glabripennis) and the emerald ash borer (A. planipennis) is a serious ecological and economic threat to Canadian deciduous and mixed-wood forests. Humans act as a major vector for the spread of these pests via firewood transport, although existing models do not explicitly capture human decision-making regarding firewood transport. In this paper we present a two-patch coupled human-environment system model that includes social influence and long-distance firewood transport and examines potential strategies for mitigating pest spread. We found that increasing concern regarding infestations (f) significantly reduced infestation. Additionally it resulted in multiple thresholds at which the intensity of infestation in a patch was decreased. It was also found that a decrease in the cost of firewood purchased in the area where it is supposed to be burned (Cl) resulted in an increased proportion of local-firewood strategists, and a 67% decrease in Cl from $6.75 to $4.50 was sufficient to eliminate crosspatch infestation. These effects are synergistic: increasing concern through awareness and education campaigns acts together with reduced firewood costs, thereby reducing the required threshold of both awareness and economic incentives. Our results indicate that the best management strategy includes a combination of public education paired with firewood subsidization.