Syntactic Complexities of Some Classes of Star-Free Languages 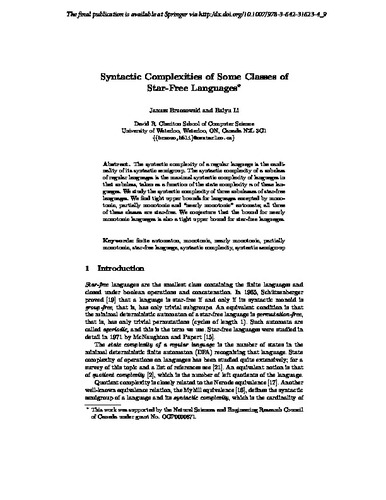