How Prejudice Affects the Study of Animal Minds 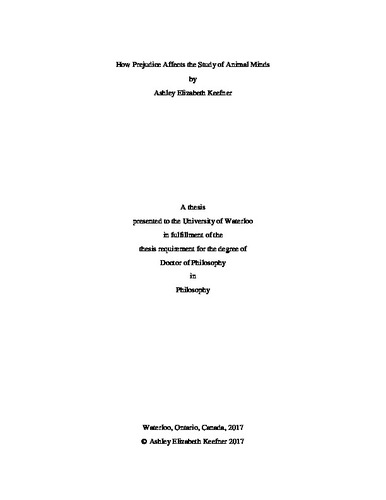